Xavier Nazario was born in Salinas, CA but spent most of his childhood living in six different states because of his father's career in the military. He has a passion for travel and has visited several regions around the world including Central America, the Caribbean, South Pacific Rim, and Europe. Xavier attended Santa Clara University, where he earned Bachelor Degrees in Philosophy and Business Management. He later completed his Master of Public Administration from USF.

Prior to his move to Sonoma County, Xavier lived in Sacramento for four years and served as the Assistant Director for the Sacramento campus. Xavier discovered Sonoma County in 2012 when he was promoted to the Director position at the University of San Francisco's Santa Rosa campus. In this position, he is responsible for all aspects of campus management including enrollment, retention, budgeting, facilities, marketing, outreach and staff development.

Xavier has a passion for public service and has served in several community leadership positions: former board member for the Sonoma County History and Art Museums, current board member of the Community Advisory Board, and Council Member of USF's North Bay Alumni Chapter. In 2014, he was the recipient of North Bay's 40 Under 40 award and is currently participating in Leadership Santa Rosa (Class 32). Xavier's hobbies include learning the guitar, reading about business and leadership, hiking, running, gardening and enjoying his free time with his beautiful wife and young daughter.

I am a full-time higher education administrator with over 10 years of management and leadership experience. My goal is to inspire and prepare you to be a leader in business and in your community. 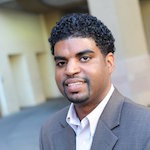