No office hours
B. Mus., Music Ed., Voice, Univ. Massachusetts, Amherst, 1975
M. Mus., Vocal Performance, Univ. Colorado, Boulder, 1977
Academic Experience
I taught Beginner and Intermediate Voice for 2 years at Napa Valley College, and have also taught Beginner and Intermediate Voice here at Santa Rosa Junior College from 1999 to 2006. In addition to Music Appreciation, from 2006-2009, I also directed Varsity Choir/The College Singers, which is no longer offered.
I grew up in Newton, Massachusetts, which is just outside of Boston, though I've lived in San Francisco since 1977. I've been a regular solo performer in the Bay Area, enjoying performing in many operas, musicals and choral concerts since then. Since 2002, These days, I'm often an extra chorister with San Francisco Opera. Some of my favorite performances have been the title roles of Mozart's Don Giovanni, Sondheim's Sweeney Todd and The Man of La Mancha, Baron Scarpia in Puccini's Tosca, Count Almaviva in Mozart's The Marriage of Figaro, Danilo in Lehar's The Merry Widow, and most recently, Voltaire/Pangloss in Bernstein's Candide.
For more information, see my website, link above. 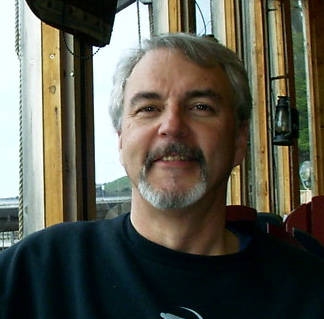