I am originally from Cleveland, Ohio. I attended Pennsylvania State University for a bachelors and masters degree. Upon completion of education, I entered active duty (U.S. Army) Infantry, Airborne. I served in Europe. While there I taught U.S. History at University of Maryland (off campus). I also had assignments at Ft. Leonard Wood, Missouri and Ft. Benjamin Harrison, Indiana. I ended my nine years of active duty teaching at the United States Military Academy at West Point, New York. At West Point I taught the history of U.S. foreign relations to juniors and seniors. In my last year I designed and taught the first survey course of U.S. history to the sophomore class.
I resigned from the Army with an honorable discharge and entered the private sector. I was fortunate to have elaborate training programs for investment and actuarial procedures for retirement plans. I have worked on Wall Street, in Los Angeles, and San Francisco. I have worked for the largest financial institutions in the insurance and banking industries.
I have lived in Ohio, Missouri, Pennsylvania, Indiana, New York, and New Jersey. As a resident of California I lived in the San Fernando Valley, Danville, and now Santa Rosa.
While I lived in Europe for three years, I visited numerous countries. Since the end of the cold war, I have visited Russia and former Communist countries.
I consider myself knowledgeable in the American Civil War, the Revolution to our Federal period as well as U.S foreign policy with a specialty in the Cold War. I am married to the woman that I met in college, and have three children.

1. Served as Trustee and Treasurer of a private boys high school for 10 years.

2. Served as a member of the Board ,as well as Chairman for two years, of the Healdsburg Hospital Health Foundation.

3. Served on the Sonoma County Area Agency on Aging for 17 years. I was Vice Chair and Chairman and Chair of several standing committees.

4. I am in my second term as an Adjunct Representative to the All Faculty Association 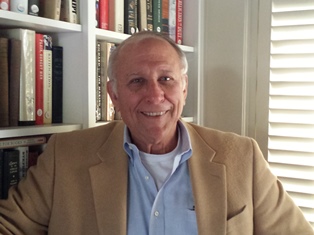