Section 5628 of MEDIA4
Introduction to Mass Communication -- : Jan 18 - May 19 2023
All content will be delivered asynchronously. There are no mandatory Zoom sessions.

Section 6499 of MEDIA4
Introduction to Mass Communication -- : Feb 01 - May 14 2023
Mandatory in-person meetings will take place on the day and time listed. Remaining content will be delivered asynchronously.

Section 2849 of MEDIA4
Introduction to Mass Communication -- : Aug 24 - Dec 09 2022
This is a late start class. Class will meet online on Wednesdays at times listed above. All remaining content will be delivered asynchronously.

Tony Kashani, Ph.D.  is an American author, educator and cultural critic. He was born in Tehran to Azerbaijani parents, an ethnic minority in Iran. He grew up speaking Farsi and Turkish, and after migrating at the critical age of fifteen to his adopted home of California, English became his primary language of intellectualism. Speaking three languages and being aware of three distinctly different cultures at once gave Kashani the impetus to seek a philosophy of cosmopolitanism, where one embraces all cultures and is at ease in most countries in the world. He received his bachelor’s degree in radio and television and later his master’s degree in cinema studies from San Francisco State University. He holds a PhD degree in Humanities with emphasis on culture studies from California Institute of Integral Studies. His writing, teaching, and intellectual activism are anchored in critical theory and pedagogy, influenced by writers such as Kafka, Dostoyevsky, Tolstoy, Camus, and Steinbeck, and thinkers such as Fredrick Nietzsche, Hannah Arendt, Paulo Ferrier, Edward Said, Henry Giroux, John Dewey, Herbert Marcuse, Noam Chomsky, Erich Fromm, Jacques Derrida, and Michel Foucault. Kashani is the author of five books on media; Deconstructing the Mystique, (2005, 2009, Kendall/Hunt Press), Hollywood’s Exploited: Public Pedagogy, Corporate Movies, and Cultural Studies (2010, Palgrave/MacMillan Press), Lost in Media: Ethics of Everyday Life (2013, Peter Lang Press) and Movies Change Lives: A Pedagogy of Humanistic Transformation (Peter Lang Press, 2016).  Critical Media Literacy in Handbook of Critical Pedagogy (Sage Publications, 2020). Kashani is a subject matter expert and faculty, for a number of universities in the United States, focusing his interdisciplinary scholarship and pedagogy on media and social justice.  He is an advocate of global diversity. On that topic he writes,

Given that we live in the planetary age where we find ourselves interconnected and in many ways interdependent with one another on a global scale, there exist various conditions between the “self” and the “other.”  I am sensitive to and take great care to pay attention to the reality of diversity in the planetary context. If the self builds solidarity with the other harmony is achieved and we can all live at ease with while engaging differences. This requires sound ethics of virtue, mainly courage and compassion.

On a personal side, he is a practicing Black Belt in Karate and as a student of Zen philosophy believes in balancing his life with mindfulness to result in a harmonious mind/body/spirit existence. He lives with his family in San Francisco. Dr. Kashani’s personal website is www.tonykashani.com

Deus Ex Machina: The Art of Being Human in the Digital Age

Movies Change Lives: Toward a Pedagogy of Humanistic Transformation

Deconstructing the Mystique: AnInterdisciplinaryIntroduction to Cinema


300: Proto-fascism and Manufacturing of Complicity
www.dissidentvoice.org Published April, 2007
Under review at Film Quarterly

Faces of Islam: Debunking Orientalism, Why I am not a terrorist
College Newspaper: College of San Mateo (April 2004) 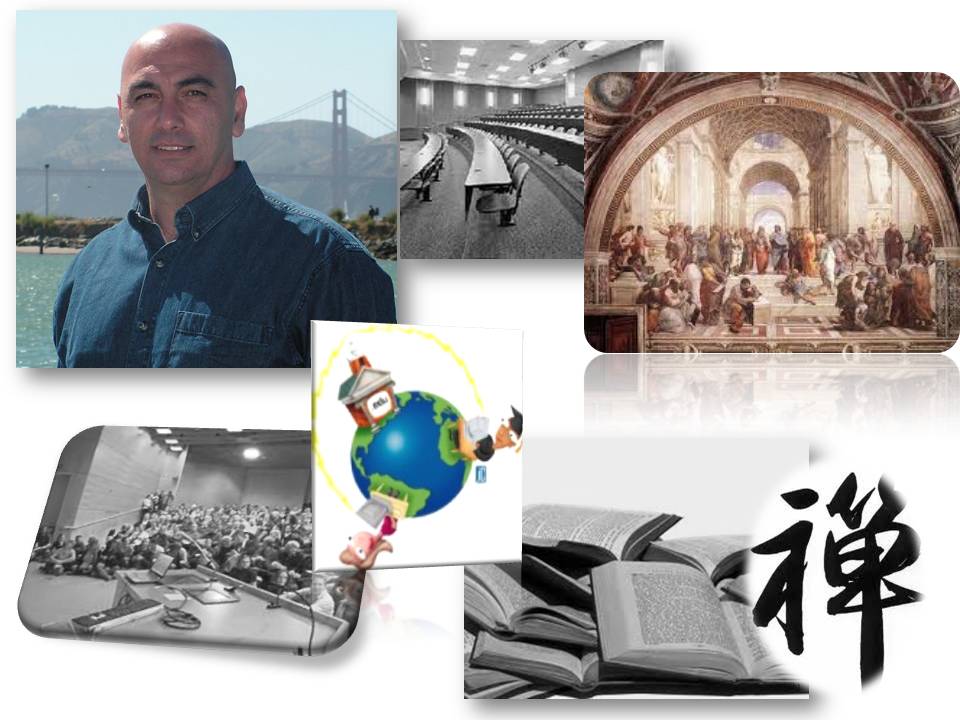