Section 2324 of MATH10
Nature of Mathematics -- : Aug 16 - Dec 09 2022
This section is a hybrid class which combines in person instruction with online learning. Classes meet in person Tuesdays, from 12pm-1:30pm, with additional remote lecture/class activities occurring asynchronously. This section requires accessing online course materials. All resources, textbook and homework are free to students.

Section 3233 of MATH1C
Calculus, Third Course -- : Aug 16 - Dec 08 2022
All students are welcome to enroll in this class; and this section will have extra support from the Lanzamientoinitiative. This section requires a graphing calculator and accessing online course materials.

Section 8338 of MATH15
Elementary Statistics -- : Jun 14 - Jul 26 2022
This section is a hybrid class which combines face to face instruction with online learning. Classes meet face to face on Tuesdays & Thursdays from 10am-12:50pm with an additional 8-12 hours per week for required online learning activities, so students must have regular access to the internet. Attendance at the first class meeting is mandatory.

I am excited to continue my career at SRJC after teaching in Montana and eastern Washington the previous five years. My professional interests (besides teaching) include linear and abstract algebra and the philosophy and foundations of mathematics. In my free time I love reading fiction, watching quality (and sometimes not so quality) television and movies, jogging, playing racquetball and basketball, playing video games, and enjoying a good meal, brew and conversation with friends and family.

On Some Properties of Humanly Known and Humanly Knowable Mathematics. Published by Axiomathes: Where Science Meets Philosophy, Volume 23, No. 1, March 2013. Co-authored with Jason Megill and Alex Beal.

Computability and Human Symbolic Output. Published by Logic and Logical Philosophy, May 10, 2014. Co-authored with Jason Megill. 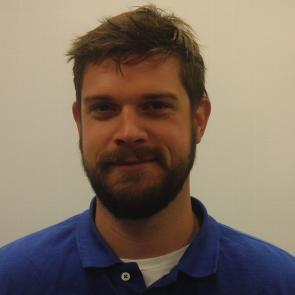