Section 7368 of POLS1
Introduction to United States Government -- : Jan 23 - May 15 2023
This section is offered fully online. Mandatory online meetings will take place for each class session at the day(s)/time(s) listed. Students are expected to be present for the duration of these live online meetings.

Section 1970 of POLS1
Introduction to United States Government -- : Aug 16 - Dec 06 2022
This section is offered fully online. There are mandatory online class meetings during the day(s)/time(s) listed in the schedule of classes.

Steve Rabinowitsh is an instructor of Political Science at Santa Rosa Junior College in the Social Science Department. He has been teaching at SRJC since 1987. He has also been teaching in the Santa Rosa Junior College Community Education Department since 1997. He teaches classes on architecture and travel for other programs as well. He has Masters Degrees in both Political Science and Urban and Regional Planning from the University of Colorado. He was formerly a city planner for eight years in Colorado where he worked for local government, for a regional planning agency and as a consultant. He works extensively in the education field through his teaching and participation in various non-profit and government committees. He gives seminars and presentations as well.

He served on the Santa Rosa City Council and the Executive Board of the Association of Bay Area Governments from 1998-2006. He helped organize and sustain community support for the Prince Memorial Greenway and was involved in promoting bikeway construction, smart growth, affordable housing, open space protection and public art.

He currently serves on the SMART Citizens Oversight Committee, Sonoma County Agricultural Preservation and Open Space District Advisory Committee, the Sonoma County Community Foundation Board of Directors and is the Chairman of the Community Foundation committee which provides grants for education, the environment and social services. He is also the Chair of the Santa Rosa Waterways Advisory Committee and a member of the Southeast Greenway Campaign. 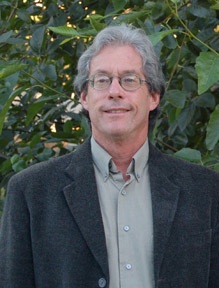