Section 9392 of COMM1
Introduction to Public Speaking -- : Jun 14 - Jul 20 2022
Mandatory Zoom meetings will take place on the day and times listed above with remaining content delivered asynchronously. Students should have reliable internet access and a functioning webcam that has both audio and video capabilities.

Section 5403 of COMM1
Introduction to Public Speaking -- : Feb 02 - May 15 2022
Mandatory Zoom meetings will take place on the days and times listed with remaining content delivered asynchronously. Students should have reliable internet access and a functioning webcam that has both audio and video capabilities.

Section 5486 of COMM1
Introduction to Public Speaking -- : Feb 02 - May 15 2022
This is a late start class. Mandatory Zoom meetings will take place on the days and times listed with remaining content delivered asynchronously. Students should have reliable internet access and a functioning webcam that has both audio and video capabilities.

Monnet Zubieta received her MA and BA degrees in
Speech Communication from California State University, Long Beach
She went to Sonoma State University and received a degree in
Teaching English as a Second Language.

She has also developed the curriculum for several unique communication classes.

She modified the curriculum of the Public Speaking class to make it a hybrid on-line course. The students meet in class half the time to give their speeches to a live audience. The other half of the class is taught on-line. This class has been offered since Fall 2003.

In 1999 she modified the curriculum for a couple of the basic speech courses to meet the needs of the Welfare Reform Program. The semester long Speech 60 and Communication 66 courses were each divided into 6 modules. Each 1/2 unit module includes a competency exam that tests the students ability to apply and use communication skills.

In 1997 she co-developed the curriculum for a Public Speaking/Meteorology learning community class called Weather Talk. She co-taught with Ron Smith, a science instructor.

When she teaches the basic public speaking course, she often has the class meet in a computer lab. The students use the internet to research their speech topics, Word to develop their outlines and Power Point to prepare visual aides for their presentations. Videotaping is also used for self-evaluation.

In 1992 and 1993 she lived in Kobe, Japan where she taught English as a Foreign Language, at the Simul Academy. She taught intermediate to advanced English to Japanese students. The courses taught were; Basic English courses, Business English, Skills Clinics, and Special topics. She developed the curriculum for two special topics classes. One was called American Culture through TV. The other was called Peace Studies. At Simul the methods used included; a textbook, language lab, current articles from newspapers and magazines with video tapes, recordings and in-class activities to teach English as a foreign language.

She was the President of the Mariposa Parent Foundation, a non-profit organization that works to support the enrichment programs offered at a Magnet school in Sebastopol.

She has been a counselor, art director or coordinator for the Family Camp at Spirit Rock, a Buddhist retreat center since 1997. And she is a member of the Spirit Rock Family Council.

She is past VP of Professional Development for the Golden Gate Chapter of the American Society for Training and Development.

She was Chair of the Peace Education Committee for the TESOL Socio-political concerns committee.

And she was a Make-a-Wish volunteer.

Scroll back up to the top of the page to find a link that will take you to your Section Homepage.

Office Hours can be arranged by making an appointment. We can meet live in person, or in an online classroom with video and a white board to share files such as an outline or power point presentation. It is best to send an email to make a request for an appointment. Then we can connect on CCCConfer or Skype. You can find me on Skype at monnet_in_sebastopol. 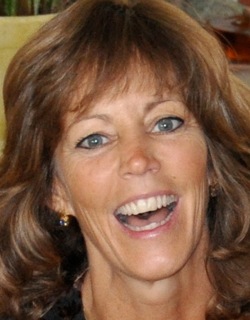