A firm believer in life-long learning and the value of intellectual engagement, Mr. Kiraly remains strongly engaged in a rigorous academic life, having presented over a dozen papers at national conferences, and winning three scholarships from the National Endowment for the Humanities. He maintains memberships in Pi Sigma Alpha, the national Political Science Honor Society and Phi Alpha Theta, the national Honor Society for the Study of History. He is a member of the American Political Science Association, the American Historical Association, the American Society of Public Administration, as well as a number of regional History and Political Science associations. He was founding President and remains active with the Zeta Tau chapter of Phi Beta Delta, the Honor Society for International Scholars.

Mike is also active in the local community, where he serves as founding member and board president of Project Applause, a local non-profit in support of the performing arts and has been an active member of the Rohnert Park Cotati Rotary Club,  the Sonoma County World Affairs Council, the Alumni Board of Sonoma State University, and the California State University system-wide Alumni Council. He is also a Navy vet and remains active with a number of vets' groups, especially the VFW.

Mr. Kiraly published his second book, "Trouble at the Border: A contextual approach to the study of immigration" to critical acclaim. This textbook examines immigration in a non-polemical manner, using traditional "American Government" components as springboards of study. His third book, "Tomb Art as Cultural and Political Representation" is currently at the printers and will be available very shortly.

Mike is a die-hard Boston Red Sox fan and an avid motorcyclist. You'll often catch him at 24 Hour gym in Santa Rosa, on the trails at Annadel, Armstrong Woods and the Laguna de Santa Rosa. If you see him, please come up and say hello!

"That one person die ignorant who had the capacity for knowledge, this I call a tragedy." Thomas Carlyle 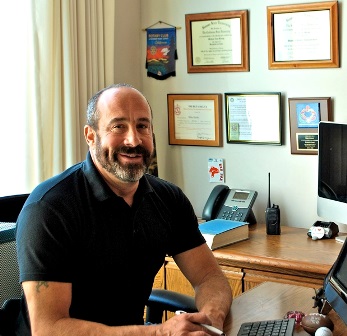