Section 6414 of ENGL5
Advanced Composition and Critical Thinking -- : Jan 31 - May 15 2022
This section is part of the Puente Program and is linked to COUN 80, #6390 M 9-10:15am (1/27-5/11) Students are automatically enrolled in both sections. This is a Petaluma Transfer Track class and is open to all students. Transfer Track classes start late and end early and do not meet during finals week. This is an online course with required Zoom meetings on the days/times listed. All students are welcome to enroll in this class; and this section will have extra support from the Lanzamientoinitiative.

Section 1458 of ENGL50
English 1A Support Course -- : Aug 18 - Dec 10 2021
The above section of English 50 is part of a Puente Program Learning Community.This course offers students support in college-level reading, writing and critical thinking skills to help them succeed in English 1A. Students who enroll in English 50 are automatically co-enrolled in English 1A, M 1-3pm with the same instructor.

Section 2438 of ENGL1A
College Composition -- : Aug 16 - Dec 10 2021
The above section is part of a Puente Program Learning Community and is linked to Counseling 10, MW 9-10:30am. Students are automatically enrolled in both sections. Students enrolled in these courses will have the option of enrolling in ENGL 5/COUN 80 Puente Learning Community in Spring 2020. This section of English 1A is a co-requisite for English 50. Students are automatically enrolled in both English 1A and English 50 with the same instructor. English 50 offers students support in college-level reading, writing, and critical thinking skills to help them succeed in English 1A.

I'm a native Californian, originally from the suburbs east of East Los Angeles. A sansei, I come from Sacramento farmers on one side of my family and small business entrepreneurs on the other (Tacoma, WA) -- originally immigrating from Hiroshima, Japan.

At age 18, I ventured north, first to UC Santa Barbara for college and then further up the coast to the wonderful Bay Area and UC Berkeley. (Go Bears!) Around this time I began exploring the world, first to western Europe, then Asia. I've also been to Central America, all over the U.S., South Africa, Cuba, and the Caribbean. To date, I've been to 27 countries and 17 U.S. states.

Ever since I can remember, I aspired to be an educator and writer. My teaching experience ranges from English as a Second Language (both here and abroad) to high school to community college to university, mostly teaching writing. Since 1994 I've had the honor and pleasure of teaching in the English department at SRJC, with a particular focus on ethnic American literature, cultural studies, equity & justice, and collaborative learning. I'm interested in emotional intelligence, non-violent communication, and happiness as well. Most recently I jumped on the bandwagon of accelerated pedagogy at the developmental level. I continually strive to teach my subject matter in creative, original, non-traditional ways.

Over my many years at SRJC, I've been blessed by my brilliant colleagues and amazing students who have never, ever ceased to inspire me.

After many, many wonderful years, I am no longer an English instructor in the Puente Program. (I will continue to be there in spirit of course!) My colleague Jessica Green is now serving in that coveted position in Petaluma. The Puente counselor is Roberto Alvarado. For further information about this award-winning, statewide transfer program, please contact Roberto (ralvarado@santarosa.edu) -- or better yet, go see him in the Counseling office.

Below is my schedule for SPRING 2016 -- all classes are at the Petaluma Campus (PC). Office hours subject to change. Sadly, English 22 was cancelled.

Please note: English 5 is a Transfer Track class and starts on February 1.

"Why 'Give a Rat' About Huck Finn?" Work of Literary Merit lecture on The Adventures of Huckleberry Finn, Santa Rosa Junior College, Santa Rosa, CA. October 27, 2008.

_Фё─__Moving Toward Racial Literacy,_Фё─ё¤ part of colloquium titled _Фё─__Something_Фё─т╚s Got to Give: Transforming the Role of Whiteness in Learning Contexts,_Фё─ё¤ The Eleventh International Literacy and Education Research Network Conference on Learning, Havana, Cuba. June 27, 2004. (Published version online in International Journal of Learning, 2005.)

"Matrons of a Movement: Portraits of African American Women Who Have Fought for Change in America," The Daily Californian, April 24, 1991.

"In Search of the Japanese Woman," Transpacific Magazine, September-October 1989.

Other work available on request

SRJC Alumni and Friends Association Outstanding Faculty of the Year, 2008. 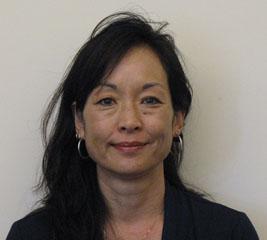