I came to SRJC in 2005 from Shimer College in the Chicago area, where I was Dean of Adult Education and chair of the social sciences area. My political science teaching is in political theory and US government. (PhD., U.C. Berkeley). I'm the author of ABOUT POSSESSION: the Self as Private Property. My recent writings have explored dreams as social information, dialogue as meditative thought, and the ethics of globalization. I served as the Research Director of the Lifwynn Foundation where I organized research on addiction as a social phenomenon. I have also taught stone sculpture and aesthetics, and am currently working on a series of alabaster carvings on the history of myth.

"Marx on Authenticity and the Liberal View of Man," in Liberalism and the Modern Polity: Essays in Contemporary Political Theory, ed., M. McGrath, Marcel Dekker, N.Y.1977;

"Thoughts and Emotions as Between and Within," Group Analysis, London, UK, December 1991;

"Apeiron and Dialogue": Review essay on Steven Rosen"s Dimensions of Apeiron: A Topological Phenomenology of Space, Time, and Individuation. The Journal of Mind and Behavior, March 2005.

"Night-Rule: Political Iconography in Dreams." Invited lecture given at the annual meeting of the American Academy of Psychoanalysis, San Francisco, CA, September 11, 1981, as part of a panel on "Dreams and Society".

"Plato's Conception of Democracy." Paper given at the meetings of the Association of Core Texts and Courses, San Francisco, CA, April 19, 2000.

"Slowing Things Down: Gelassenheit and the Somatics of Dialogue". Paper presented at the Annual Conference of the Society for Phenomenology and the Human Sciences,
Boston, November 9, 2003. 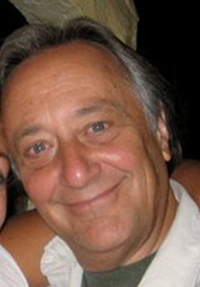