See biography for an expanded description of my activities.

I have had a colorful life. Until I came to teach at SRJC, my main vocation had been as a theater director. I have also worked as a graphic artist, nurse, stage designer, coffeehouse manager (and folksinger-back in the day).

Prior to returning to finish my degree I spent 20 years in theater as producer/director in both Los Angeles and Santa Barbara. I have directed a lot of Shakespeare, and plays such as Pygmalion, Trojan Women, Antigone, The Diary of Anne Frank, The Miracle Worker, The Lady's Not For Burning, Harvey.
Director of Isla Vista Community Theater from 1978-1988, and General Manager of Borsodi's Coffeehouse (also in Isla Vista, California) from 1986-89.

In 1988, the Coffeehouse was sold and closed and I migrated north in search of a new direction. I found it at Santa Rosa Junior College where I re-entered in the Art Department as a studio major, concentrating in painting/printmaking, but finding employment and new skills in the Computer Art/Graphic Design areas with Max Hein and John Watrous.
Encouraged by mentors at SRJC I continued on to Sonoma State University where I received a BA in Art History and then an Interdisciplinary Masters in American Multicultural Art. My thesis: Significant Others:North American Non-white Ethnicities, Histories and Cultures, is still used as a resource in SSU's American Art History Classes.

Graduating in August of 1997, I was hired by the Humanities Department at Santa Rosa Junior College and began teaching in Jan 1998.
Presently, I chair SRJC's Multicultural Events Committee here and have been involved with both SEED (Seeking Educational Equity and Diversity) and the Valuing Diversity training programs on campus.

And in August of 2000:became a full time in Humanities/ITDS.
In Summer 2003 I participated in National SEED training, San Anselmo, California
I received early Tenure in order to begin as Department Chair in Spring 2004.

I have served on Cluster Tech Review committee for curriculum since it's beginning in 2004.
Last Spring (2008) I was awarded the Academic Senate's award for Outstanding Contribution to Curriculum Development for my work in creating a set of global curricula for Humanities.

This last summer (2008) I spent a month in Portland Oregon at the Summer Institute for Intercultural Communication as an intern. Along with 35 interns from all over the globe we worked with teaching faculty and assisted students in the ICC's summer program at Reed College. I met some fabulous people there and remain in contact with several of them through my Facebook page. See more about me on Facebook!

When Humanities and Religious Studies was merged with Philosophy, I stepped down as chair and now function as Discipline Coordinator for Humanities.

For Fall 2015 I will on campus Monday through Thursday.
My office hours are posted on my door, 1504 Emeritus Hall.
If you cannot make those times, it is advisable to call my office beforehand and/or make an appointment:527-4288.
I am always available via email (jkelly-moore@santarosa.edu)

If you are enquiring about employment, that process begins at Human Resources. That link can be found on our front page: www.santarosa.edu.

Significant Others: North American Non-White Ethnicities, Histories and Cultures (1997)
The Storm: A play about German Expressionist artists and the Nazis set in the years just before Hitler's rise to power.( 1996)
Autobiographical Scenarios: A series of autobiographical vignettes (1994)

Essays:
Something of Their Own: A Monograph on the life of Dutch artist Judith Leyster.(1996)
My Mephistopheles: Patronage and the relationship between Adolph Hitler and his architect, Albert Speer.(1997)
Only Love Can Do That: A comparison between the Black Panther Party and the Nation of Islam.(1995)
Ernst Ludwig Kirchner: German Expressionist. An exploration of Kirchner's work and the possible reasons for his suicide.(1994) 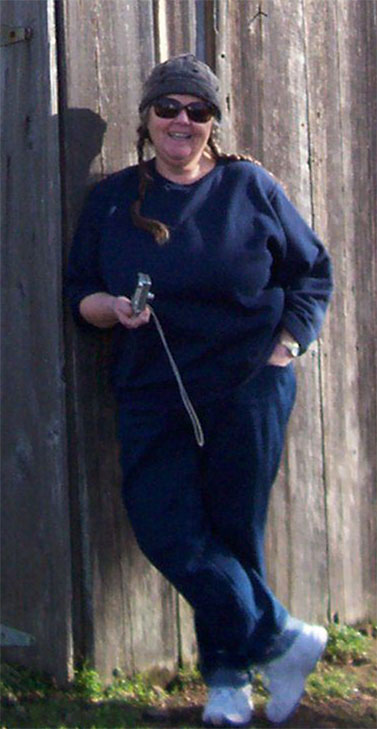