No office hours
Bachelor of Music, Manhattan School of Music
Certificate in Acting, Summer Program, Royal Academy of Dramatic Art, London
Master of Fine Arts, NYU-Tisch Graduate Musical Theatre Writing
I have been fortunate enough to make my living as an actor, producer, writer and director for over twenty years, mostly in the theatre, and mostly in New York City. I___ЕЅ█А_К__Ѕ█А_К____Л______ынЅ█А_К____Л____Ѕ█А_К__ve performed on Broadway and off, on international operatic and concert stages, with a focus and specialization in the creation of new work. I have had the honor to work, travel, and live in over 40 countries on four continents.

I was born in Tokyo, Japan to US Air Force parents, grew up in West Germany and Northern California. I am a Frank and Eva Buck Scholar, a graduate of the Manhattan School of Music (Bachelor in Music), received a certificate from the Royal Academy of Dramatic Art in Acting, and received a Master___ЕЅ█А_К__Ѕ█А_К____Л______ынЅ█А_К____Л____Ѕ█А_К__s degree from the NYU-Tisch Graduate Musical Theater Writing program.

With my co-writer Charles Vincent Burwell, we are developing the new musical "Bottle Shock", based on the 2008 movie of the same name, at Ars Nova. Our first musical together, CUBAMOR, was an official selection of the 2014 National Alliance for Musical Theatre Festival in NYC, and was also presented at TheatreWorks Silicon Valley___ЕЅ█А_К__Ѕ█А_К____Л______ынЅ█А_К____Л____Ѕ█А_К__s 2013 New Works Festival. Our songs have been heard at Lincoln Center, 54 Below at Studio 54, Joe___ЕЅ█А_К__Ѕ█А_К____Л______ынЅ█А_К____Л____Ѕ█А_К__s Pub at the Public Theater in New York, Ars Nova, and many other venues on both coasts. I am also the librettist for the new musical "Jack London" about the prolific Bay Area author with composer and Bay Area native Diego Emir Garcia. 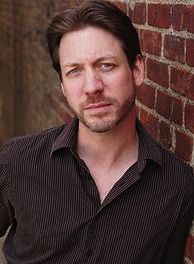