My paternal grandfather was born in Rumsza, Poland and emigrated to New Jersey. Both of my maternal grandparents emigrated from Sicily, Italy to Brooklyn, New York. My Dad met my Mom after leaving New Jersey with the intention of finding an Italian bride. He carried his first photo of her in his wallet until he passed in 2007 after fifty-four years of marriage. My mother passed away in April 2010. I am a second generation Italian/Polish-American who grew up in Brooklyn, wanting to be a centerfielder for the Yankees. When that didn't pan out I set my sights on being an architect and attended Brooklyn Technical High School. After realizing that my calling was not designing my surroundings, but describing them, I turned my attention to writing. By the time I graduated college, I found teaching in my heart. I went on to earn my MA in Education. Twenty six years later, I still love what I do.

In the midst of my teaching, 9/11 changed everything. At the time, I was teaching in a school that was five blocks from the World Trade Center. The Manhattan Superintendent's office was inundated with all sorts of things sent to us from different parts of the country. There were teddy bears from Florida, flags from Texas, and letters from California which miraculously found their way into my hands. I had my students write back and because there was no teacher name, I addressed my cover letter: "To the Teacher Who is Cool Enough to Care." I stayed in touch with that teacher and not only eventually learned her name, but in July 2002, came to Santa Rosa to meet her. We have been married for sixteen years and have two daughters.


"I discovered inside myself, even in the very midst of winter, an invincible summer." ~Camus

Poetry and Fiction Published in Print and online in the following Literary Magazines: 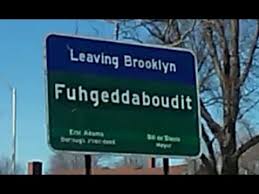