Monday through Friday - Email Only - dmannino@santarosa.edu

Again, Email is always a "sure fire" method to reach me! - dmannino@santarosa.edu

Psych 1A - Introduction to Psychology

Honest attempts in accommodating student needs for additional contact is always my goal!

1989. Doctorate in Counseling and Educational Psychology. University of San Francisco. Dissertation Title: The Relationship between Child Abuse and Other Characteristics Among Young Adult Male Prostitutes.

Raised in New York, with strong Italian immigrant roots, Davis worked in his father's Italian bakery and his uncle's butcher shop. One summer, he even worked in a candle-making shop, thus giving him the interesting distinction of having been a "baker, a butcher, a candlestick maker!"

Dr. J. Davis Mannino is Professor of Psychology and a Psychologist.  Dr. Mannino is past Chair of the Department of Behavioral Sciences, which includes the disciplines of Anthropology, Sociology, and Psychology. He teaches Human Sexuality (Psych 03), Introduction to Psychology (Psych 1A), and Aging, Dying, & Death (Psych 56). He is a psychologist and licensed psychotherapist in practice since 1979 --- yes, that's over four decades, in case you are poor at math. :-)

In January, 2022, Dr. Mannino will hit a major milestone! He will have been teaching college level courses for over 51 years, having begun his college teaching career in West Virgina in 1969 and in California beginning at City College of San Francisco in 1972! He has been teaching at SRJC for over 30 years --- since 1990 (Associate and Fulltime).

Dr. Mannino is the author of six books including: Grieving Days, Healing Days published by Allyn & Bacon (Simon & Schuster) and Sexually Speaking published by McGraw-Hill. A third book, Grave Concerns, based on newspaper columns he has written over the past several years followed next. A fourth book, Human Sexuality: Exercises and Activities, was published. A fifth book, a major college textbook entitled Sexual Themes and Variations, soon followed as a result of a contract with McGraw-Hill. A sixth book, a psychology workbook entitled The PsychAide: Introduction to Psychology, now joins Dr Mannino's publishing accomplishments. All textbooks are revised as needed in an ongoing process of excellence.

Professor Mannino also taught at over half a dozen colleges and universities around the world, including the University of Malaysia, while serving as a United States Peace Corps Volunteer between the years of 1974-1975.

"How people get through life is a piece of art, not a piece of cake. Celebrate Art!"
"Life's short eat dessert first!"
"While the early bird may get the worm, it's usually the second mouse that gets the cheese!"

(1988). The Relationship of Child Abuse and Other Characteristics Among Young Adult Male Prostitutes. Doctoral Dissertation, University of San Francisco, 141 pp.

(1986, January 12). "The Mental Health Aspects of A.I.D.S." Presentation before the California Association of Marriage and Family Therapists. San Francisco Chapter.

(1985, June). Every Three Hours: Child Abuse in San Francisco. A Report on Services to Families and Children for the Technical Advisory Committee to the Family and Children's Division. San Francisco Department of Social Services, 87 pp.

(1983, May). "Bringing Death Out of the Closet: Reflections on Dying in the Gay Community." Castro Times.

(1981, May 8-9). "Public Systems: Making them Accommodate More of the People More of the Time," The Health of New Californians Symposium. San Francisco, California.

(1980, November). "The Public Sector's Response to Refugee Resettlement in San Francisco and California."  National Conference of Christians and Jews.

(1979). Final Report: A Look at the Indochinese Refugee Assistance Program in San Francisco. Report to the Mayor. City & County of San Francisco, 90 pp.

2014 - Santa Rosa Junior College. Faculty Fund for Advanced Studies. A financial grant. Only one of six awarded in 2014.

2005 - Santa Rosa Junior College. Innovated Use of Technology in the Classroom Award.

1998 - Sonoma County Positive Images Award. Presented for sensitivity to the lesbian, gay, and bisexual community in general, and students in particular. 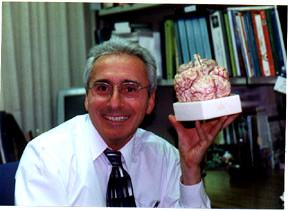