Section 4184 of PHIL3
Critical Thinking -- : Jan 19 - May 19 2023
This section will meet in person at the day(s), time(s), and location listed. There will be additional course content delivered asynchronously online. All students are welcome to enroll in this class; and this section will have extra support from the Lanzamientoinitiative.

Section 6100 of PHIL4
Introduction to Symbolic Logic -- : Jan 23 - May 19 2023
This section will meet in person at the day(s), time(s), and location listed. There will be additional course content delivered asynchronously online.

Section 1478 of PHIL3
Critical Thinking -- : Aug 16 - Dec 09 2022
This section will meet in person at the day(s), time(s), and location listed. There will be additional course content delivered asynchronously online.

Section 1508 of PHIL9
Political Philosophy -- : Sep 12 - Dec 09 2022
This is a late start section that will meet in person at the day(s), time(s), and location listed. There will be additional course content delivered asynchronously online.

Section 3023 of PHIL3
Critical Thinking -- : Aug 15 - Dec 09 2022
This section will meet in person at the day(s), time(s), and location listed. There will be additional course content delivered asynchronously online. All students are welcome to enroll in this class; and this section will have extra support from the Lanzamientoinitiative.

*My office hours may change.  So, be sure to consult this schedule just before visiting office hours.

I am the oldest of my mother’s eight children. I was born into a Creole family in the 7th ward of New Orleans, LA. However, I was raised mostly in a few different parts of the City of Los Angeles, CA (mainly between Wilshire Center and MacArthur Park near DTLA, Crestview on the Westside, and the Adams-Normandie area near USC); and parts of the County of Los Angeles, CA (mainly Rowland Heights and Pomona). Community College (Mt. San Antonio College in Walnut, CA and Chaffey College in Rancho Cucamonga, CA) gave me an opportunity to pursue a college education. This after having had a pretty challenging upbringing, to say the least. Growing up I experienced domestic violence, poverty, homelessness (or, at times we were “unhoused”), family substance abuse, gang violence, drug dealing, instability (my family moved twenty-two times before I moved into my college dorm), and the confusion and uncertainty of being the first to attend college in my nuclear family. Thankfully, our mother kept us together through all of this -- she did her best. Moreover, we had the help of many friends.

At some point in high school (John A. Rowland high school in Rowland Heights, CA), I vaguely remember a school counselor there tersely ask me whether I was considering attending college. I think that I simply said “no”. And that was the end of that. I didn’t know what college was about. And I don’t remember her explaining it to me. I then remember that at the end of my senior year, one of my peers was excited because they were looking forward to attending a 4-year university. I thought “Wow, we’ve been friends for four years and this is the first that I’m hearing about your plans to attend college.” It would have been nice if they had shared their plans. Maybe I would have been inspired to inquire about a future in college for myself. I then thought “Well, what am I going to do?” Then, one day at lunch time, about four of my football teammates and I were summoned (over the loudspeaker) to a room that was off in the distance and reserved for people who had to serve detention. It was where our head football coach had his office. When we arrived the head coach of Mt. SAC football was there. He wanted us to play football at Mt. SAC. It was at that very moment that I knew what I was going to do after high school.

That was 1989. So, to be clear, I went to Mt. SAC merely to play football, not to also further my education. However, in practice the week after scrimmaging against Riverside City College (in Riverside, CA) during the summer of ’89, I re-injured my knee (this turned out to be a completely torn anterior cruciate ligament and partially torn medial meniscus, which would later require reconstructive knee surgery.). So, I quit. I quit football and I quit school. Because school was just a means to stay eligible to play football.

After dropping-out of college for about two years, however, a couple of elder friends of my family counseled me to return to college. So, I took their advice and I got serious about higher education. I took several classes (e.g., psychology, sociology, zoology, computer science, air traffic controller, and real estate) trying to figure out what career path to pursue. I settled on becoming a lawyer. Then, one semester, while trying to figure out what undergraduate major to choose on my way to law school, and trying to satisfy transfer requirements, I took a couple of Western philosophy (philosophy) courses. I was instantly smitten. It was then that I began to dream about a possible future in philosophy. That dream never went away. And, fortunately for me, it would eventually come to fruition.

Fast forward. I gained early transfer acceptance to the University of La Verne where I would earn a dual bachelor’s in religion and philosophy. I later gained acceptance to the University of La Verne College of Law. There I completed 1.5 years of law school (I withdrew due to a family exigency). For five years I then worked at a then 150 year old, number one Wall street public finance law firm, in downtown Los Angeles (Hawkins Delafield and Wood LLP). For eleven years I later owned and operated a small business (Ivan’s Hair Professionals in Rancho Cucamonga, CA). A business that I passed on to my sister who still owns and operates it today. I later returned to grad school at Claremont Graduate University for my Masters in philosophy. I then began my dream job of teaching philosophy as an adjunct, right where my higher education started back in the summer of 1989 — Mt. SAC. I eventually went on to also adjunct at Rio Hondo college in Whittier, CA, and Chaffey college in Rancho Cucamonga, CA. Teaching philosophy as an adjunct was my cake, so to speak. Landing a full-time, tenure-track position hear at Santa Rosa Junior college was the icing and cherry on top! I am very grateful to be here.

If you are also a first generation college student, one who grew up with similar challenges (and who are maybe continuing to struggle now), or someone who did not grow up similarly challenged, you’re exactly where you need to be. Your time in college can significantly help prepare you to achieve all of your goals and dreams in life. You belong here. Whatever your background. And I would love to help you. Whether you take a class with me, are taking a class with me, or just want to talk about philosophy or talk about some of the things that I've learned while navigating college and graduate school, choosing a career, working in the legal field, and/or owning a business, please don’t hesitate to reach out to me: itircuit@santarosa.edu

• Research law on a variety of client issues

• Communicate with courts, district attorneys, opposing counsel and others on behalf of clients

“Primer: The Evolution of Racism”

“David Hume On Personal Identity And Morality: An Exegesis”

“’Belief’ and the ‘Transparency’ of It” (work-in-progress) (paper)

“Critical Race Theory: What Is It? Who Can It Help?” (work-in-progress) (paper)

"The complete list of the thirty-five Platonic dialogues that have been traditionally identified as authentic, as given in Diogenes Laertius,[4] is included below in alphabetical order. The authenticity of some of these dialogues has been questioned by some modern scholarship."[5]

You still need mnemonic devices (e.g., flashcard, outlines, and/or acronyms) even though you are now in college. Memorization is not a dirty word: 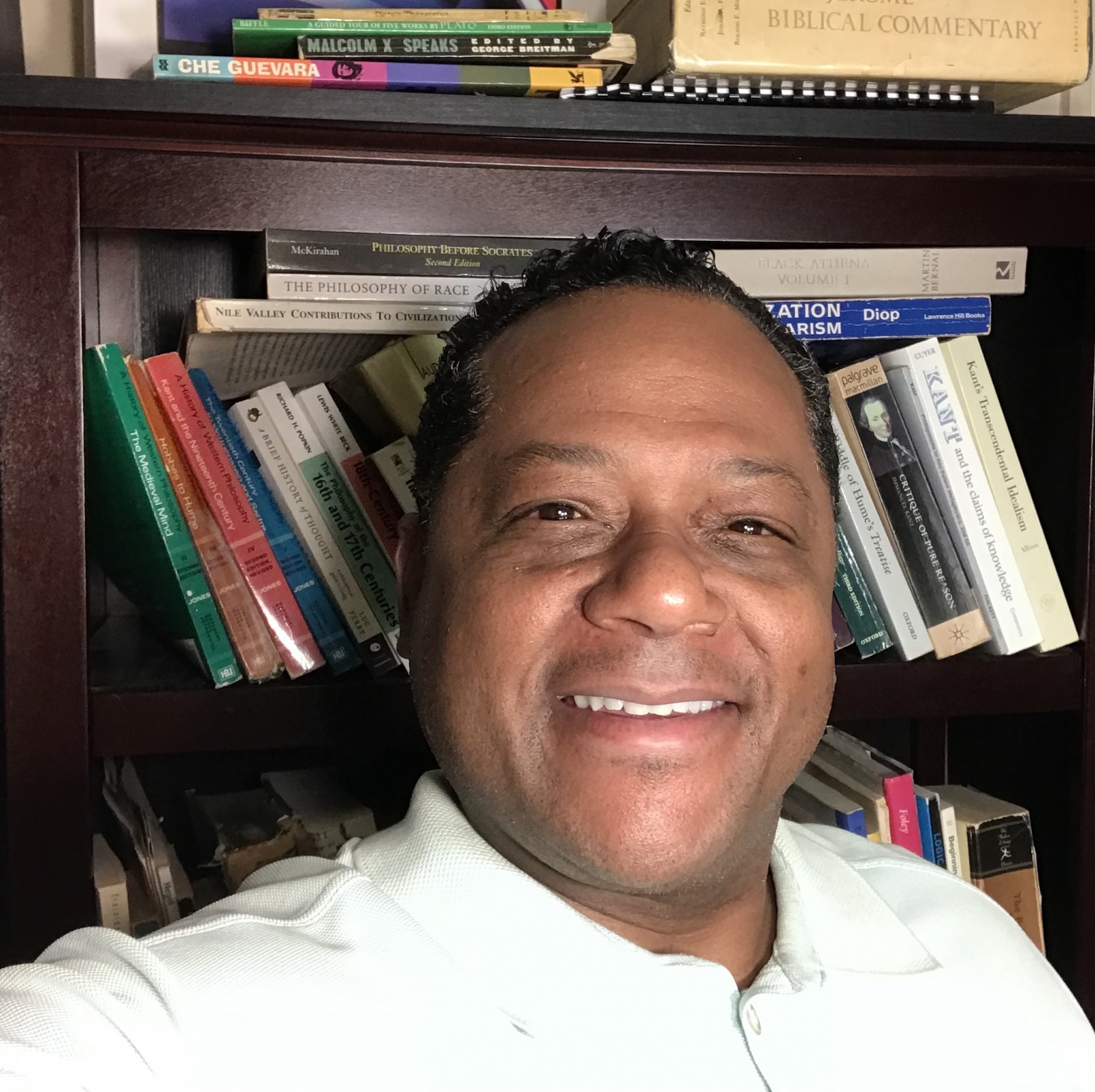