Section 5970 of HIST17.2
United States History from 1877 -- : Jan 18 - May 19 2023
This section has no regularly scheduled meetings. All students are welcome to enroll in this class; and this section will have extra support from the Lanzamientoinitiative.

Section 0951 of HIST17.2
United States History from 1877 -- : Aug 15 - Dec 09 2022
This section is offered fully online. All students are welcome to enroll in this class; and this section will have extra support from the Lanzamientoinitiative.

Doctor of Philosophy in History, University of Southern California (May 2010)

Master of Arts in History, San Francisco State University (May 2001)

Bachelor of Arts in History with a minor in English, University of California, Berkeley (May 1999)

A native of Petaluma, California, Dr. Ian Livie attended Santa Rosa Junior College from 1995 to 1997, earning an A.A. with an emphasis in Social Sciences. He transferred to the University of California, Berkeley where he earned a B.A. in History with a minor in English in 1999, followed by an M.A. in History from San Francisco State University in 2001, and a Ph.D. in History from the University of Southern California in 2010. His doctoral dissertation, "Curing Hooliganism: Moral Panic, Juvenile Delinquency, and The Political Culture of Moral Reform in Britain, 1898-1908," addresses the emergence of "hooliganism" in early twentieth century London and its construction as a distinct, deviant sub-culture.

Dr. Livie joined the adjunct faculty in the Social Sciences Department at Santa Rosa Junior College in January 2015 and became a full-time faculty member in Fall 2020. Prior to joining SRJC as a full-time faculty member, He served as an Assistant Professor of History at American River College in Sacramento, CA. Prior to that, he served as the History Department Chair at Drew School, a private-independent college preparatory high school in San Francisco, where he taught and coached from 2009-2019.

Dr. Livie currently serves as a member of the Petaluma Library Advisory Board for Sonoma County Public Library.

You can find out more about Dr. Livie's "SRJC Story" here.

University of California, Berkeley--Department of History

University of Southern California--Department of History 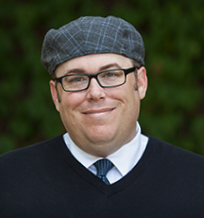