Section 7246 of HUMAN8
Comparative Mythology -- : Jan 24 - May 19 2023
This section is offered fully online. Mandatory online meetings will take place for each class session at the day(s)/time(s) listed. Students are expected to be present for the duration of these live online meetings. There will be additional course content delivered asynchronously.

Section 0987 of HUMAN8
Comparative Mythology -- : Aug 15 - Dec 09 2022
This section is offered fully online. Optional Zoom meetings will take place on Tuesdays from 11:00AM-12:00PM. Attendance at these Zoom meetings is recommended but not required.

Currently I am teaching five classes online with Synchronous meetings of one hour per week for each class on zoom.

I will hold office hours specific to each of my sections immediately following each weekly zoom session; in addition to that I will have an open office hour on

You can join that open discussion by going to the zoom website, click "Join a Meeting" and typing in the above ID. No password is needed.

Assuming COVID restrictions will be largely lifted by fall 2021, I will be teaching some classes face to face, but will continue to offer online sections as well.

A native of Seattle, I discontinued a career as a professional actor (I got my Equity Card at age 15) to pursue higher education in Religious Studies. Having completed two certificate programs and a BA in Seattle area institutions, I came to California for graduate school. I did my MA in Pasadena at Fuller Theological Seminary, where I also began my teaching career, first as a teaching assistant and tutor, then as an instructor of Greek and Hebrew. In 1989 I came to the Bay Area for a PhD program at Berkeley. I lived in Berkeley for two years taking seminars in Bible, Languages, Archaeology and Rhetoric, culminating in my completion of doctoral exams in five languages (Greek, Hebrew, Aramaic, German, and French), and General Comprehensive Exams in Hebrew Bible, New Testament, and Deuterocanonical literature. During this time I also was a Research Assistant for the Center for Jewish Studies, and a Hebrew Bible TA, and I began teaching one course per semester way up north in Santa Rosa JC. I moved to Santa Rosa in 1991 as a full-time sabbatical replacement (a temporary one-year appointment). I stayed in Santa Rosa after the year was over, completed my PhD work (1994) and taught as an adjunct here and a few other places as well. I was hired as a full time regular faculty member in 2001. My primary passions are ancient religious literature, the arts-- primarily the theatre, and encountering the natural world. In addition to teaching Religion Studies, Myth and ancient Hebrew at the college, I also teach, direct and act in local theatres, go backpacking whenever I can and ride a bicycle for transportation.

I am captivated by almost any area of ancient languages, religion, mythology, history and philosophy. I also spend a lot of time studying biological and cultural evolution and modern "witch hunts." The primary focus of my graduate education was the Hebrew Bible (Old Testament) and its various historical contexts, the ancient Near Eastern as well as Greco-Roman; secondarily the New Testament and Early Christianity and its interaction with indigenous ("pagan") religious traditions; thirdly Classical Islamic literature including Al-Qur'an, Ahadith, As-Sira, and Shari'a. My main current interest is mythopoesis (myth-making), its psycho-social function, and religious institutionalization: where do myths come from? What forces and impulses shape the making of myths? How do myths work in societies? How are myths canonized and interpreted by later generations of people who inherit them as sacred but live in a different "world" than those who formed them? Since I began teaching History of Satan in 2008, I have adopted a focused research program studying medieval and modern social movements that exemplify the vilification of a social group as the source of evil in the society: the medieval and early modern witch hunts (1400-1700); the "Satanic Panics" of the 1980's and 90's, and present day manifestations like QAnon.

I served as Academic Senate President of SRJC from fall 2016 to spring 2020.

Below is a small sampling; I typically do several such speaking engagements every year.

Since the age of 9, a few years ago now, I have been an actor, and all around theatre artist. My training and experience in the theatre contributes both to my teaching style and to my depth in the discipline area of "Humanities." I trained in Theatre Conservatories in Seattle, sponsored by The Seattle Rep, The Empty Space, The Bathhouse Theatre and the Poncho Theatre. I once belonged to Actor's Equity (the Stage Actors Union), and have acted in well over a hundred and twenty community, regional, and professional stage productions. I have also worked backstage in various capacities and directed about a dozen productions. In addition, I have taught theatre history and acting at the elementary, high school, and college level, and acted in film and TV. For example, I appeared 5 times on "J.P. Patches", a Seattle Children's show, played Houdini in a History Channel piece on psychics, and was a featured extra in the 2008 film "Bottle Shock" starring Alan Rickman and Chris Pine.

Sourcery: The Evolution of Satan through Primary Sources. LAD, 2015, revised 2020.

"Is The God of the Bible Ever Universal?" Universalist Friends. Num. 43:Feb. 2006, pp. 7-16.
This article has been reprinted in a book: Universalism and Religions. Ed. Patricia Williams. Quaker Universalist Press, 2007.

"Pedagogical Irony in Aristophanes and Biblical Wisdom Literature" (a paper presented to the Society of Biblical Literature, 1993)

"Justifying the Ways of Yahweh" (a paper presented to the Society of Biblical Literature, 1992)

"Philosophical and Religious Syncretism in the Wisdom of Solomon" (a paper presented to Fuller Seminary faculty, 1988)

Tauzer Lecturer, 2011
A Lectureship in recognition of Teaching Excellence. The Lecture is given to the Faculty, Administration, and Staff of the College in the Spring Semester on PDA.

Voted Best Comic Actor in Sonoma County by John Beck of the Press Democrat for the role of Albert Einstein in Steve Martin's Picasso at the Lapin Agile (June, 2000). 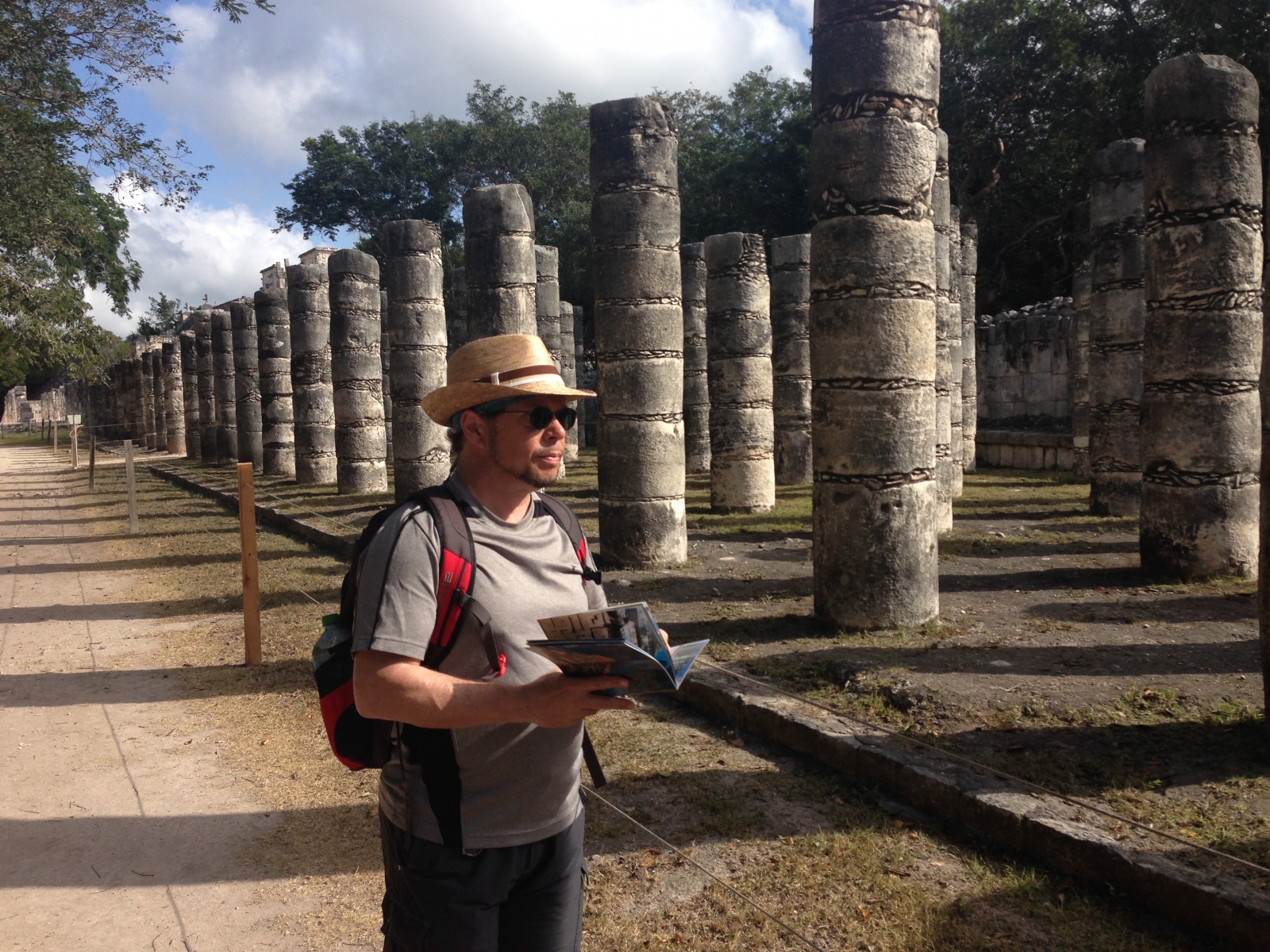