Every moment is a crossroads

Born and raised in Novato, California.

After graduating from Novato High School in 1986, attended a summer session at Musician's Institute in Hollywood. In December 1993 a medly of original compositions aired on KTIM, a radio station which folded shortly thereafter.

Worked as a mechanic for 14 years Ken's Auto Shop.

In 2001, returned to school at Santa Rosa Junior College as a full-time student, declaring philosophy as my major after attending a scholarly seminar on religion.

Transferred to Sonoma State University in 2004 and completed a Bachelor's in Philosophy in 2006. Wrote my senior thesis on imagination, focusing on the American philosophical perspectives of pragmatism (Peirce, James and Dewey) and transcendentalism (Emerson and Thoreau).

Been playing guitar for over 30 years and perform regularly at local venues with 2 bands: Nothing to Lose and Now & Zen (see links below).

I reside in Rohnert Park with my wife Suzanne.

The relationship of language and reality (ontology, metaphysics and epistemology).
The history and philosophy of science.
Cosmology and observational astronomy.
Religious studies: history, literature and comparative analysis.
The role of (Kant's productive) imagination in human experience.
The Philosophy of Spinoza.

It was a tremendous honor to participate in the Pacific Division of the American Philosophical Association's 81st annual meeting in San Francisco on April 6, 2007 as an independent scholar. I delivered my commentary on an essay by Dr. Gregory Walters of St. Paul University, Ottawa, titled "Philosophy of Gene-being and the Encompassing: a Prolegomenon." His paper sought to establish a philosophical, scientific and theological foundation for the consideration of biotechnologies. My commentary sought to 1) acknowledge the problematic nature of the question of Being (in other words, what does it mean to say that something is?); 2) address the apparent dilemma of free will vs. determinism (which, I argued, the one way flow of time renders irresolvable) and 3) the admission that practical knowledge (how to do something) can, and often does, exceed the wisdom of doing so. This final point was an appeal for humility in the face of the unknown consequences of our actions.

SRJC Employee of the Month October 2013 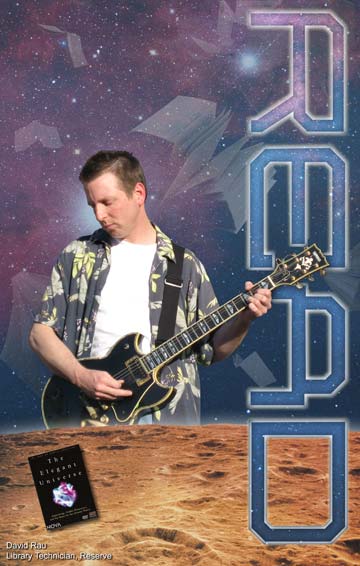