Master of Science in Education (Concentration in Curriculum and Instruction), Dominican University of California, 2003

Bachelor of Arts in Sociology, University of Oregon, 1999

A Marin County native with more than 12 years of experience in higher education, Dr. Damien Hansen is currently the Director of Academic Programs for the School of Extended and International Education at Sonoma State University. He earned his Ph.D. in business administration with a specialization in homeland security from Northcentral University. His cumulative 3.96 GPA earned him honors at graduation, including inductions into the Alpha Phi Sigma National Criminal Justice Honor Society and the Delta Mu Delta International Honor Society in Business. During his doctoral pursuits, Damien was awarded the Henry J. Reilly Memorial Scholarship, which is awarded to members of the armed forces who have demonstrated superior intellectual ability, motivation, and desire for higher educational attainments, along with a sincere interest in the welfare of the United States of America. His published doctoral dissertation addresses the impact of current economic and demographic trends on the sustainability of existing business models in higher education.

Motivated by the terrorist attacks on the World Trade Center, Damien served his country by seeking a commission as an officer in the United States Navy in 2004. Over the course of his career as an Intelligence Analyst and Airwing Trainer, he served stints with the Defense Intelligence Agency, U.S. Pacific Fleet, and the U.S. Harbor Defense Task Group Korea in support of joint exercises as a Navy liaison and intelligence analyst in Busan, Korea. In 2009, Damien was hand-selected by the Commanding Officer for a coveted position as an Air Wing Instructor at the Naval Strike & Air Warfare Center (NSAWC), where he was tasked with training and assessing air intelligence officers in graduate-level topics such as briefing skills, threat assessment, combined strike warfare intelligence analysis, and battle management. At NSAWC, Damien served four consecutive tours as a Department Head—three in Administration and one in Operations. He also volunteered as Officer In Charge for the U.S. Navy's Funeral Honor Detail Team, rendering honors for more than 330 fallen veterans across nine counties in the San Francisco Bay Area. The Secretary of the Navy awarded the Navy and Marine Corps Commendation Medal to Lieutenant Hansen in 2013 for his sustained superior leadership, noteworthy accomplishments, and devotion to duty. After more than a decade of service, Damien earned an Honorable Discharge in 2015 and returned to higher education. He served as an office manager at the University of San Francisco for nearly four years before accepting his current position at Sonoma State University.

Dr. Hansen is also a seasoned real estate investor with rental properties in several states. After the North Bay fires of 2017 devoured more than 5,100 homes, Damien felt compelled to do his part to mitigate the burgeoning housing crisis in Sonoma County. The fires were barely extinguished when he began contacting local contractors and city officials in Petaluma to propose his concept for a new rental property to provide long-term housing for construction workers tasked with rebuilding the burned regions of Sonoma County. The construction project was completed in October 2019.

Outside of his professional life, Dr. Hansen pursues a diverse range of hobbies that includes hanging out with his family at their Petaluma home; attending live concerts, local theater and Broadway productions; and engaging in outdoor activities such as running, hiking, and gardening. Damien is also a published author and an avid reader who enjoys reading about a variety of subjects such as politics, economics, business, history, and investing. He regularly attends political and cultural events and has had the opportunity in his travels to meet many world leaders, including several U.S. Presidents, Vice Presidents, and top cabinet members.

Most recently, Dr. Hansen was honored for his efforts during and after the North Bay fires of October 2017. Damien was awarded the William J. Dunne Award, the highest individual honor bestowed on a member of the University of San Francisco community for extraordinary service to the university and the community at large.

Dr. Hansen has volunteered with several other civic and nonprofit groups over the years, including the U.S. Coast Guard Auxiliary and the PTA at McKinley School in Petaluma. He is also a graduate of Leadership Petaluma (class 23, 2018), a 10-month program sponsored by the Chamber of Commerce with a focus on leadership, civic engagement, and community service.

Marin County Volunteer of the Year, 1994 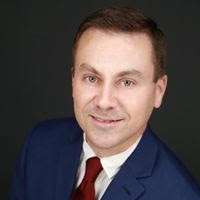