Section 6274 of BAD1
Financial Accounting -- : Jan 18 - May 17 2023
This class meets Mondays at 6:30pm-8:30pm on campus and Wednesdays at 6:30pm-8:30pm on Zoom. Upon registration for BAD 1, it is recommended that students have a beginning proficiency with spreadsheets, either through prior experience or previous successful completion of or concurrent enrollment in BAD 53 or an equivalent course.

I have taught college accounting and bookkeeping since 1992.
I first taught for Santa Rosa Junior College in 2002.

I grew up in northern California, graduating from Cardinal Newman High School in 1978.

One of seven children, I worked my way through college, earning my degree in 1985, a Bachelor of Science in Business Administration - Accounting Major.

I earned a Juris Doctorate degree in 1996. I passed the California BAR exam in 1997. I am a lawyer licensed to practice in all California courts, and the northern district Federal courts. 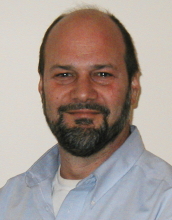