I hail from Brooklyn, New York--a powerful, mythical place. In many ways, it's similar to California, but without the horizontal space.

My early life took form in a landscape filled with rooftops, brick courtyards, city parks and wonderful museums. I never felt the urge to travel much because refugees from all over the world settled right in my hometown. I was in fourth grade when former President John F. Kennedy was assassinated. When I attended the Erasmus Hall High School*, the Rev.-Dr. Martin Luther King and Robert Kennedy were assassinated. During the late 60s, not only was my academically-renowned high school set on fire several times, but protests, political theater and random street fighting were commonplace. It was a time fraught with confusion and upheaval. While I agreed with the need to transform a hierarchy that had denied so many people success, I also realized that achieving educationally would be my own ticket to mobility. I read. I wrote. I studied. I played music. I had dreams.

At Brooklyn College, part of the City University of New York, I majored in Radio and Television (Mass Communications) in the Department of Speech. I worked as a Photographer in the Television Center and hosted a program on Brooklyn College Radio. Cable television was then a glimmer on the horizon. My college graduation coincided with the first oil embargo of 1974 and a severe economic downturn. Jobs dried up.

After graduation, my friends fanned out into the arts, the sciences and graduate school, but I took a break from decision making, heading south to Florida and learned how to drive a car! After some serious time canoeing in the swamps, I continued my education in Graduate Broadcast Research at the University of Florida, Gainesville. I read. I wrote. I studied. I played music. I still had dreams; thus, I continued on to Santa Cruz, California in the '80s where I learned about organic farming and beekeeping. More radio work. More writing. I learned the process of taking a manuscript from draft to camera-ready copy, and co-founded a press. Then, I completed a Master's Degree in English: Creative Writing at San Francisco State University. My oral examination took place shortly after the 1989 Loma Prieta Earthquake. After graduation, I began teaching (over many years) at Cabrillo College, DeAnza College, University of California, Santa Cruz; Merritt College and City College of San Francisco. In love with reading and writing poetry and fiction, a new life began to take form. I next moved to Oakland where I found a vibrant literary community. Then, to be better equipped to help my students, I completed another graduate program in Teaching Post-Secondary Reading at San Francisco State University.

Now I was ready to teach at Santa Rosa Junior College!

If you're a potential student, let me emphasize that the world needs you. It needs your ingenuity, your honesty, your critical solutions to the tangles others have left behind. There is no other way. We all must serve, but choose your altar wisely. Pick the road that holds promise for you. Earnestly prepare yourself so you can have every opportunity! Read. Think. Talk. Write. Listen. Dance. Sing. Read. Write. Dream. I still do!


"Let the beauty you love be what you do. There are a thousand ways to kneel and kiss the earth."--- Rumi

**I can help you become a better reader, writer, thinker--and I wouldn't have it any other way! 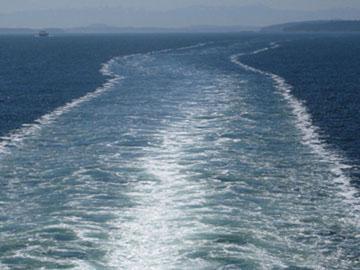